Dental implantology is in constant development and evolution and being at the top of this technology is important for better biocompatibility and performance. Internacional Advanced Dentistry® uses the latest generation of dental implants and biomaterials and participates closely with the industry for their development and improvement. 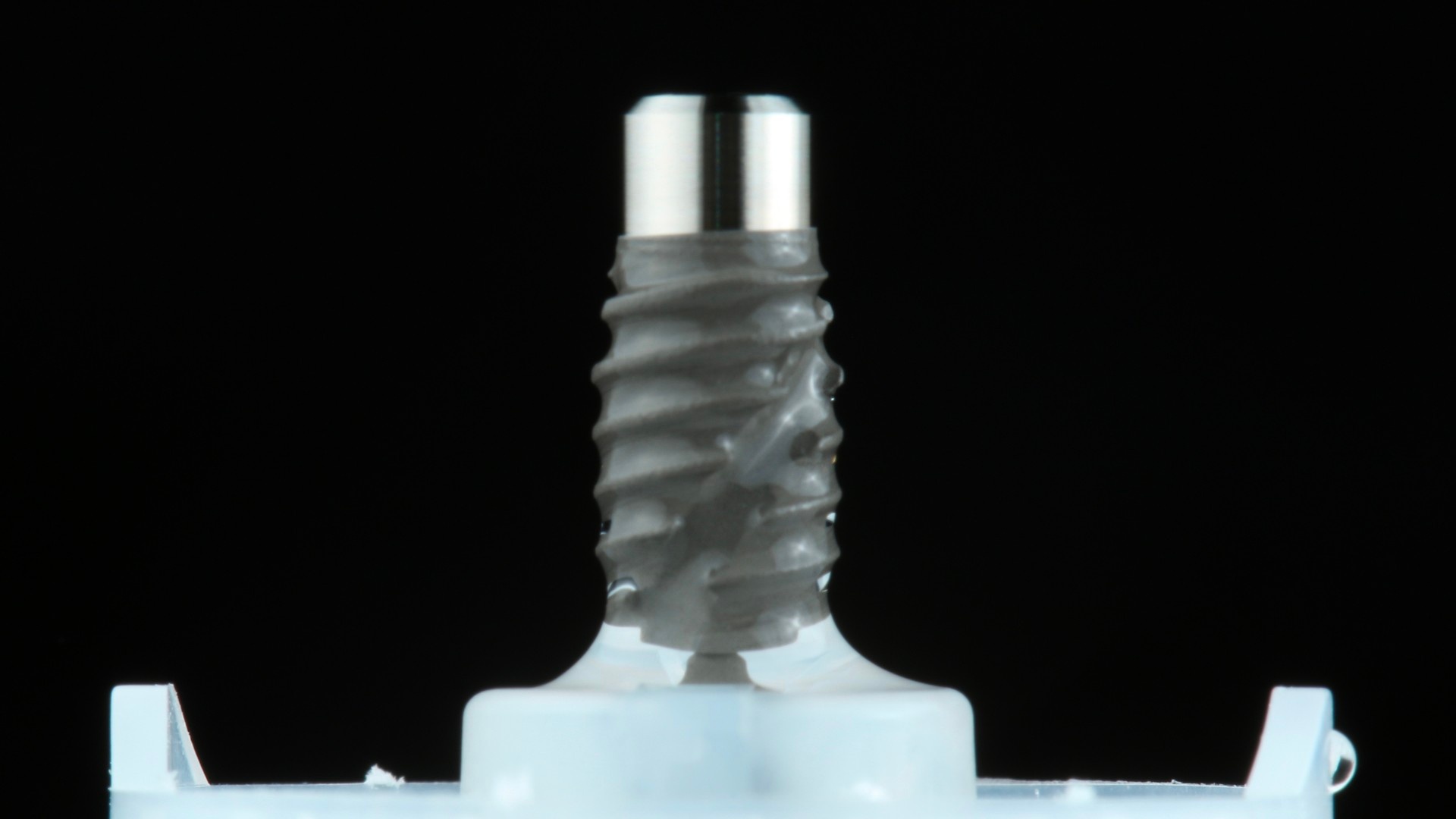 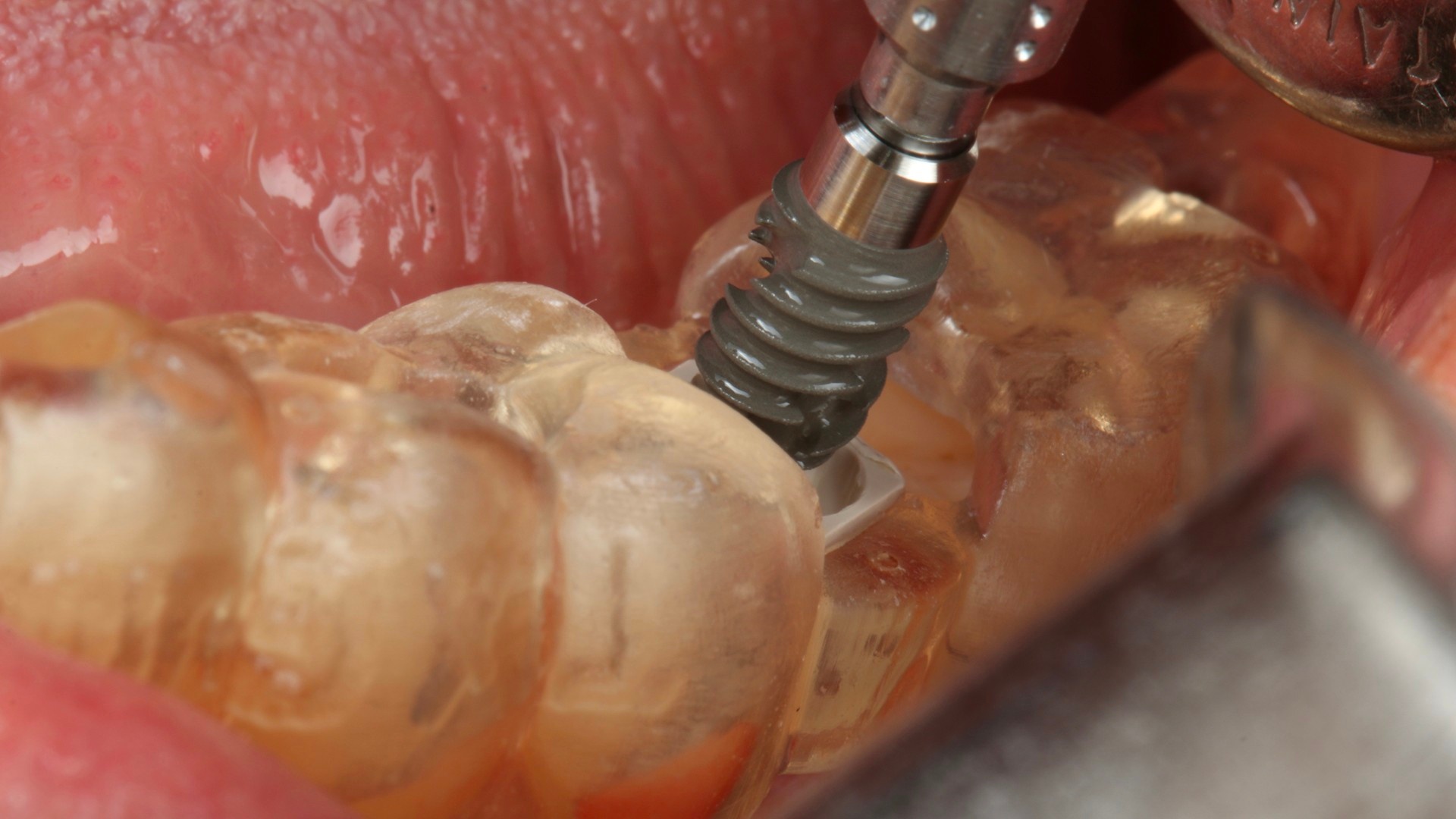 The correct three-dimensional placement interferes with the success of treatment with dental implants. We have at your disposal the placement of implants using static and dynamic surgical guides. The implant-crown combination benefits and may shorten working times and duration of the consultation. We have the possibility to have access to the latest digital software such as 3D printers for printing guides and cad-cam systems for making dental crowns.

Whether as individual therapy or as an adjuvant and combined with fixed prosthesis on teeth, implant-supported rehabilitation depends on the success of the crown-implant interface. In this way, we select cemented or screwed options depending on the clinical case in question for the correct aesthetic integration of the combination of different materials with function and mechanics. 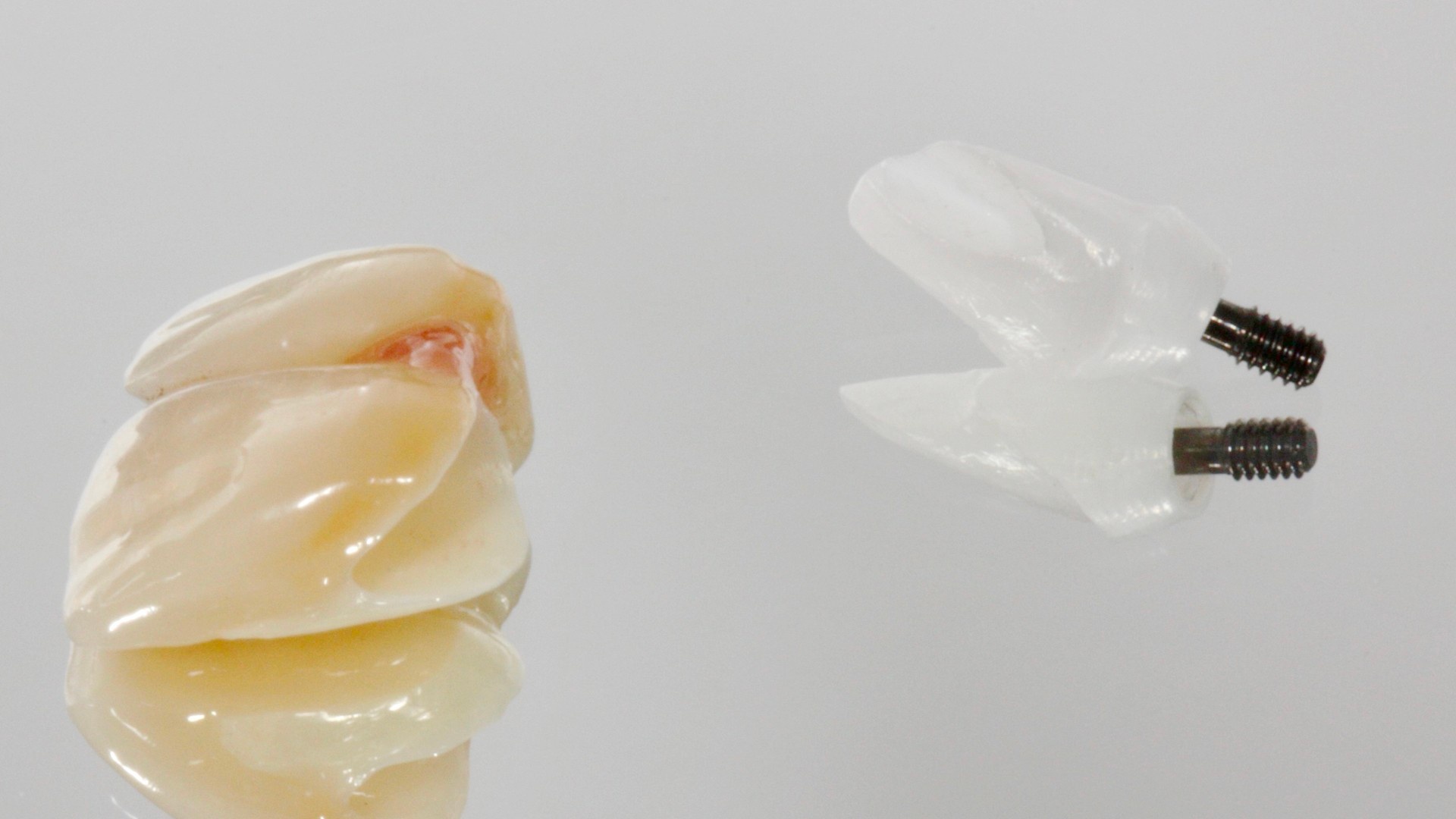 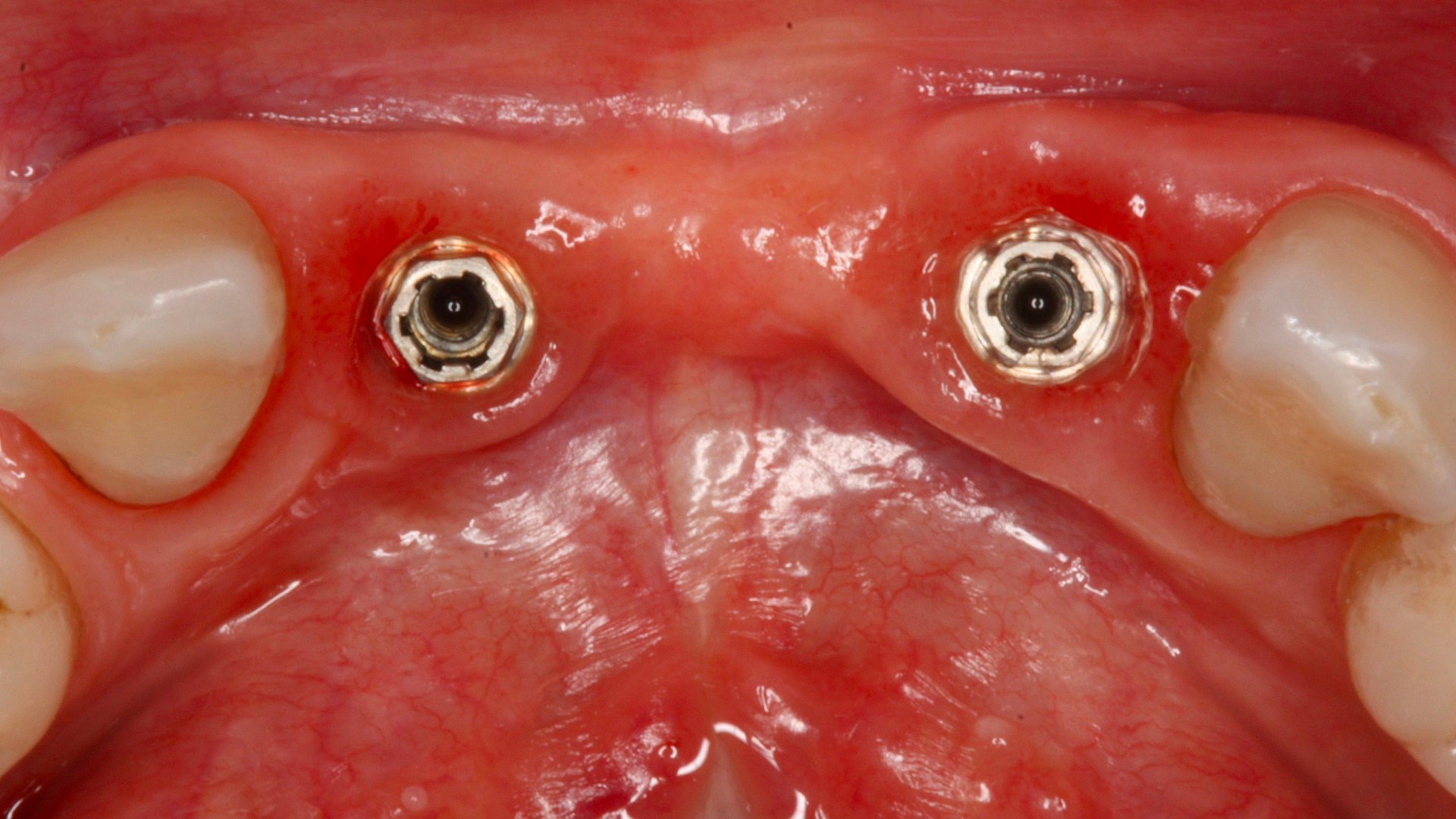 Replacement of one or more teeth

The placement of implants can occur when one tooth, several or all are missing. In any of these situations, through correct planning, it is possible to carry out implant-supported rehabilitation. The number of implants and the biomaterials used are influenced by the number of teeth to be rehabilitated and are decided according to each case. 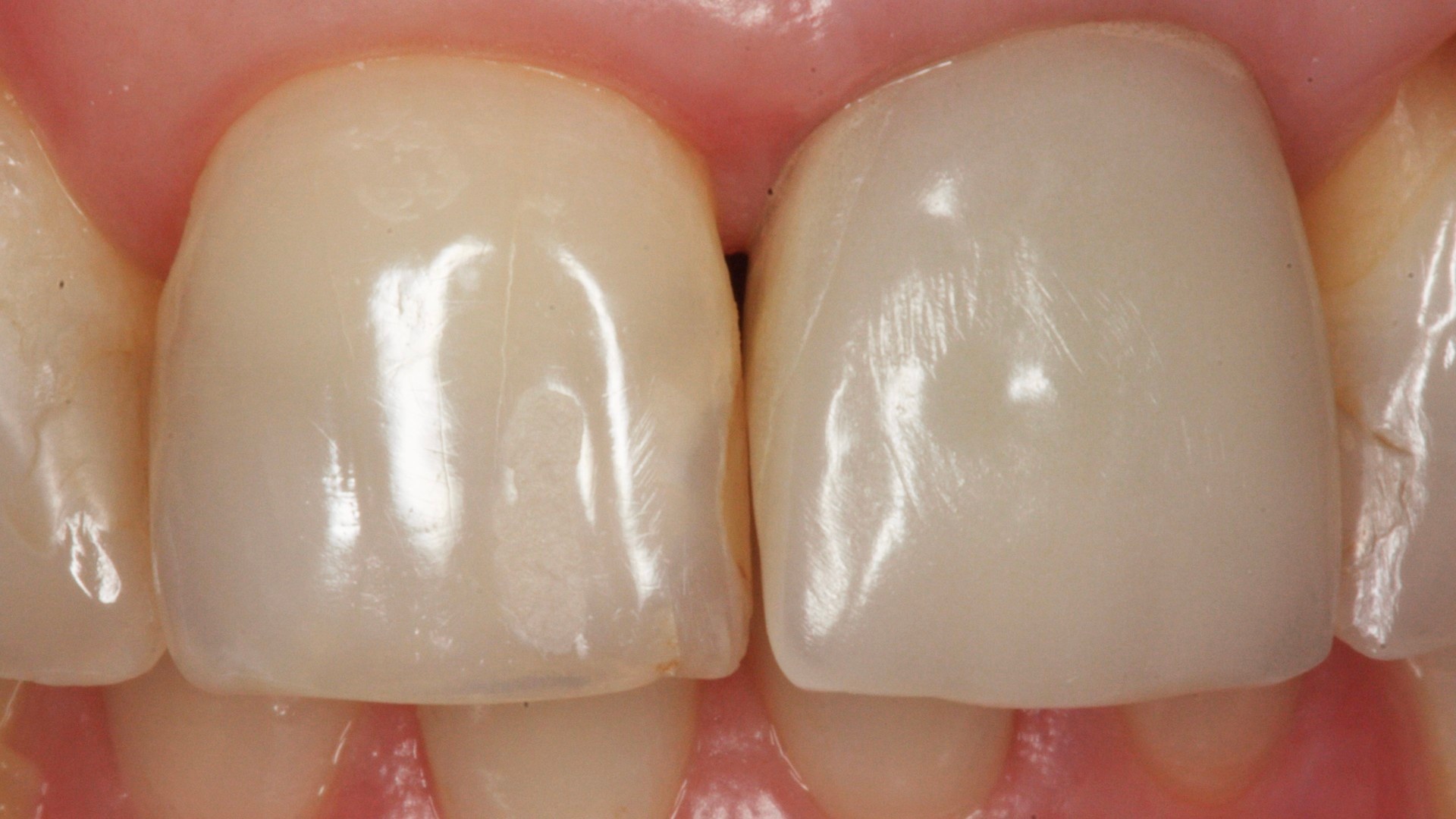 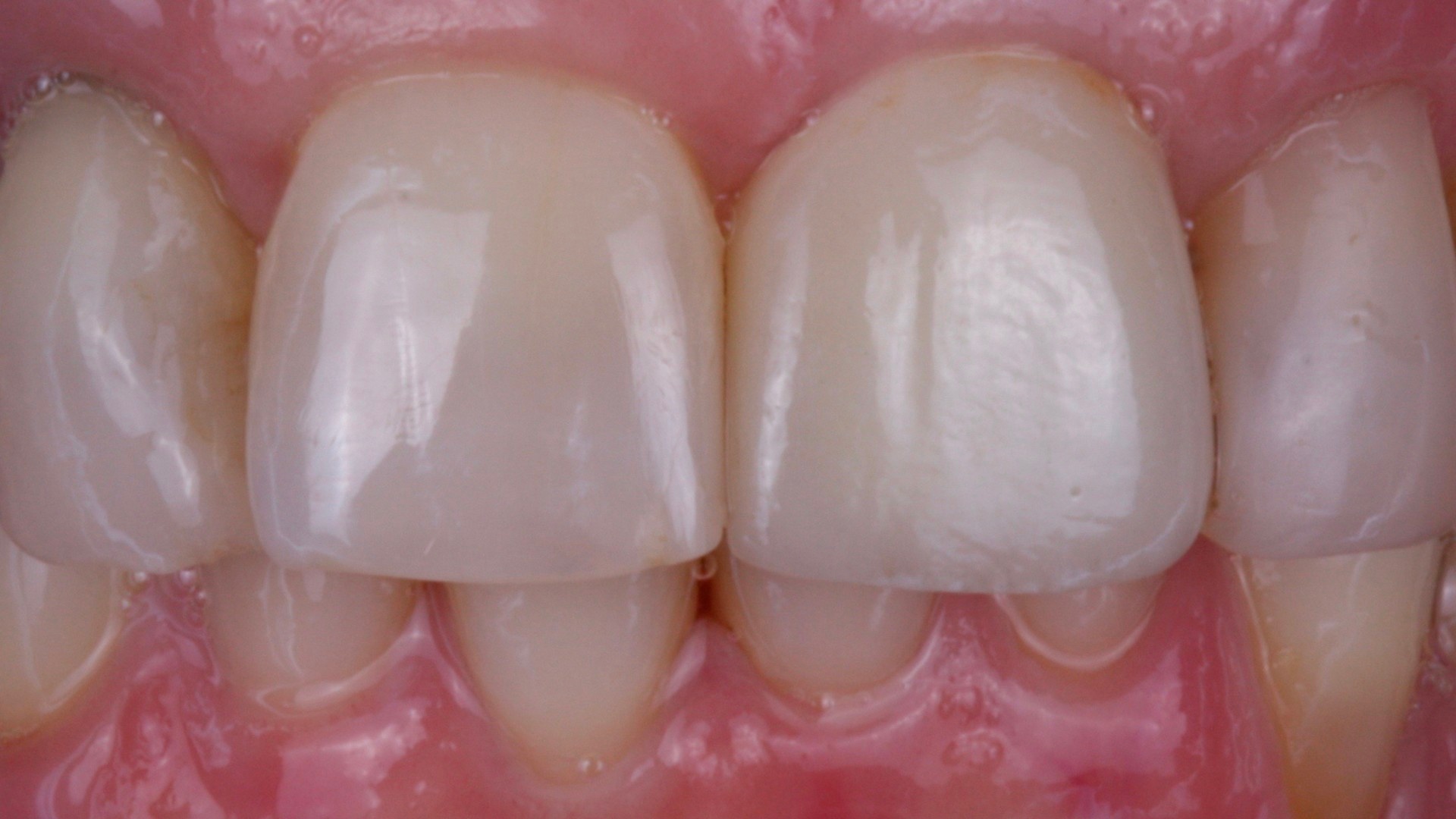 The 64-year-old patient attended the consultation due to the lack of her upper left central incisor tooth. The favorable bone conditions and the predictability of the prosthetic result allowed to plan and execute, in a first phase, the placement of a dental implant with a temporary acrylic crown. After 4 months, the screwed-in temporary crown was replaced by a cemented ceramic crown, which was placed about 7 years ago. 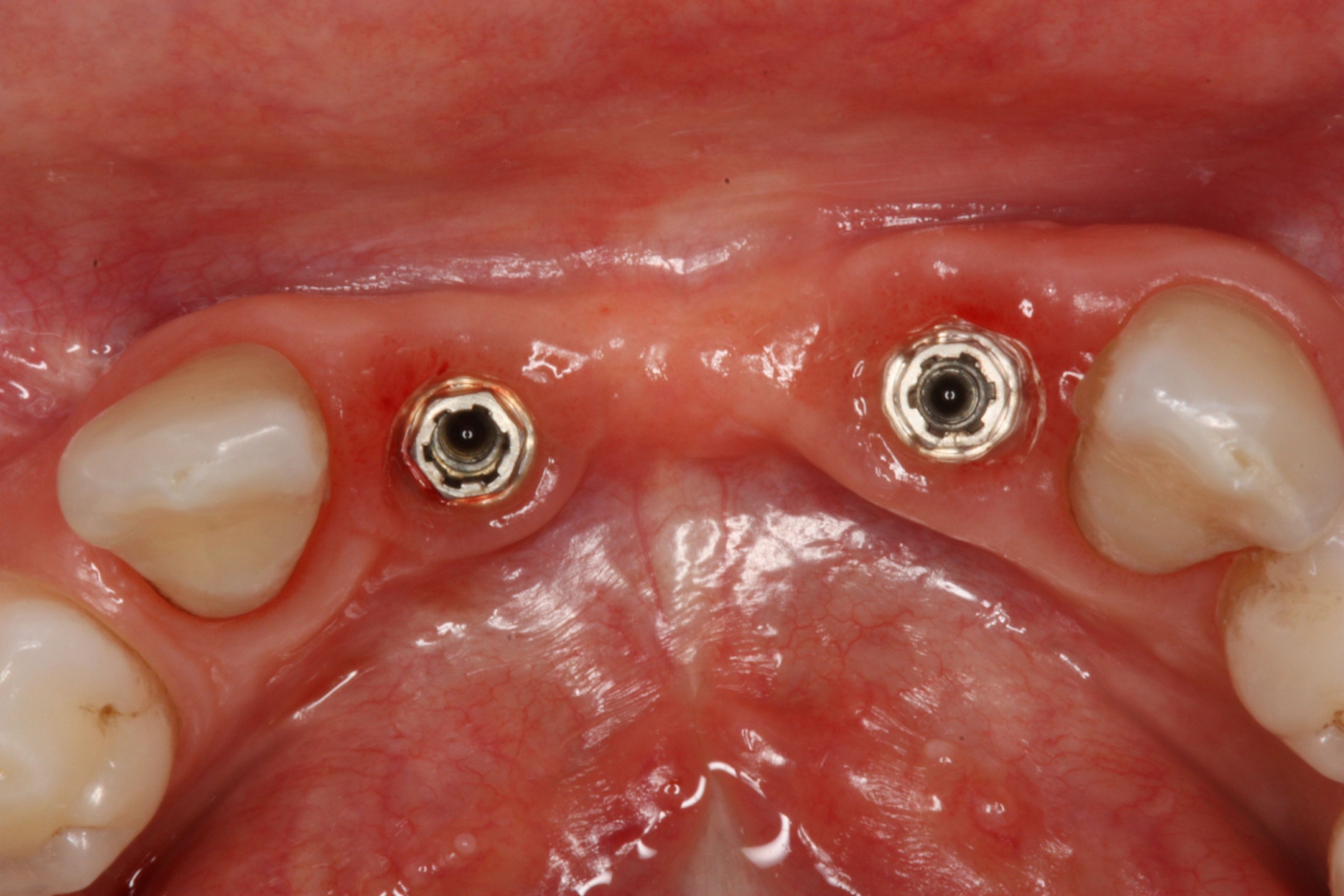 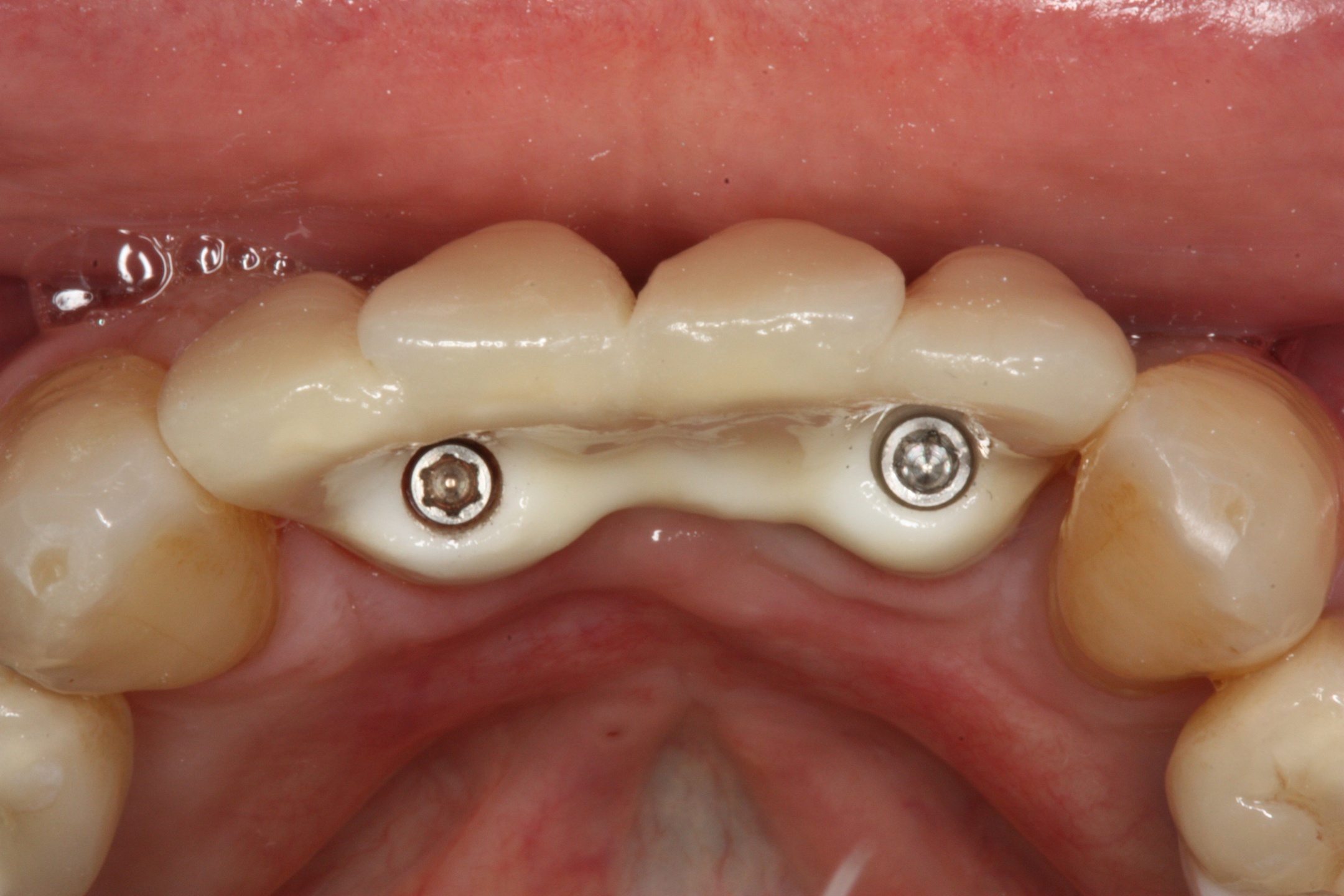 In the case of this patient, periodontal disease compromised the stability of the four lower incisors and the loss of support led to the loss of teeth. Thanks to the placement of two implants, it was possible to restore the patient's masticatory function and aesthetics, immediately on the day of the surgical intervention. After 4 months, a ceramic prosthesis screwed to the implants was placed, a treatment that was completed about 8 years ago. 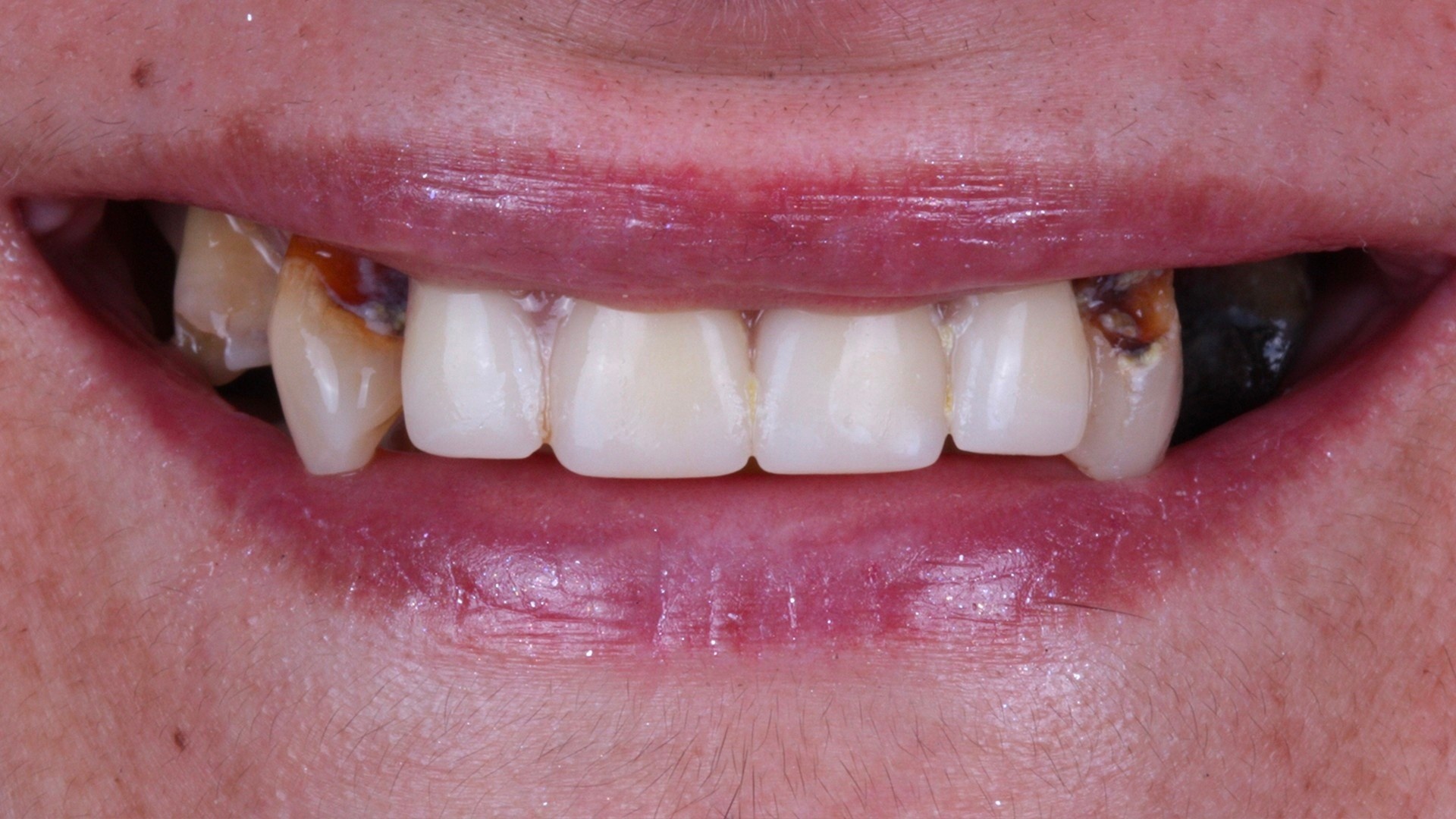 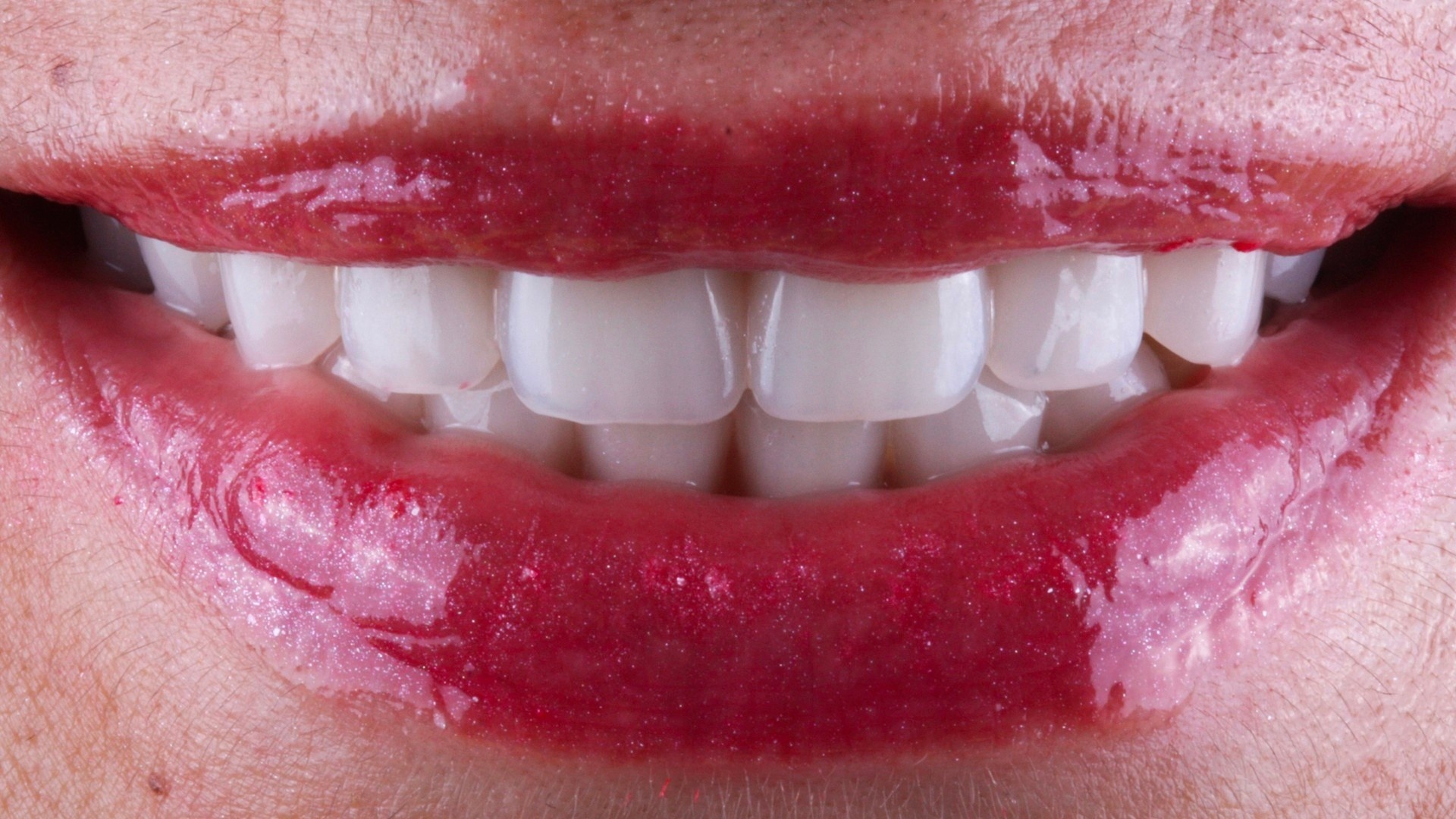 The patient was looking for a solution to the almost general lack of teeth in both jaws. Total implant placement was then planned following the All-on-4 ™ protocol, with the particularity that the interventions were both computer-guided. Thus, on the same day of the intervention, two to three hours after the completion of the surgical part, the patient immediately recovered her chewing and aesthetics. In a second phase, 6 months after the placement of the implants, the definitive ceramic prostheses were placed. 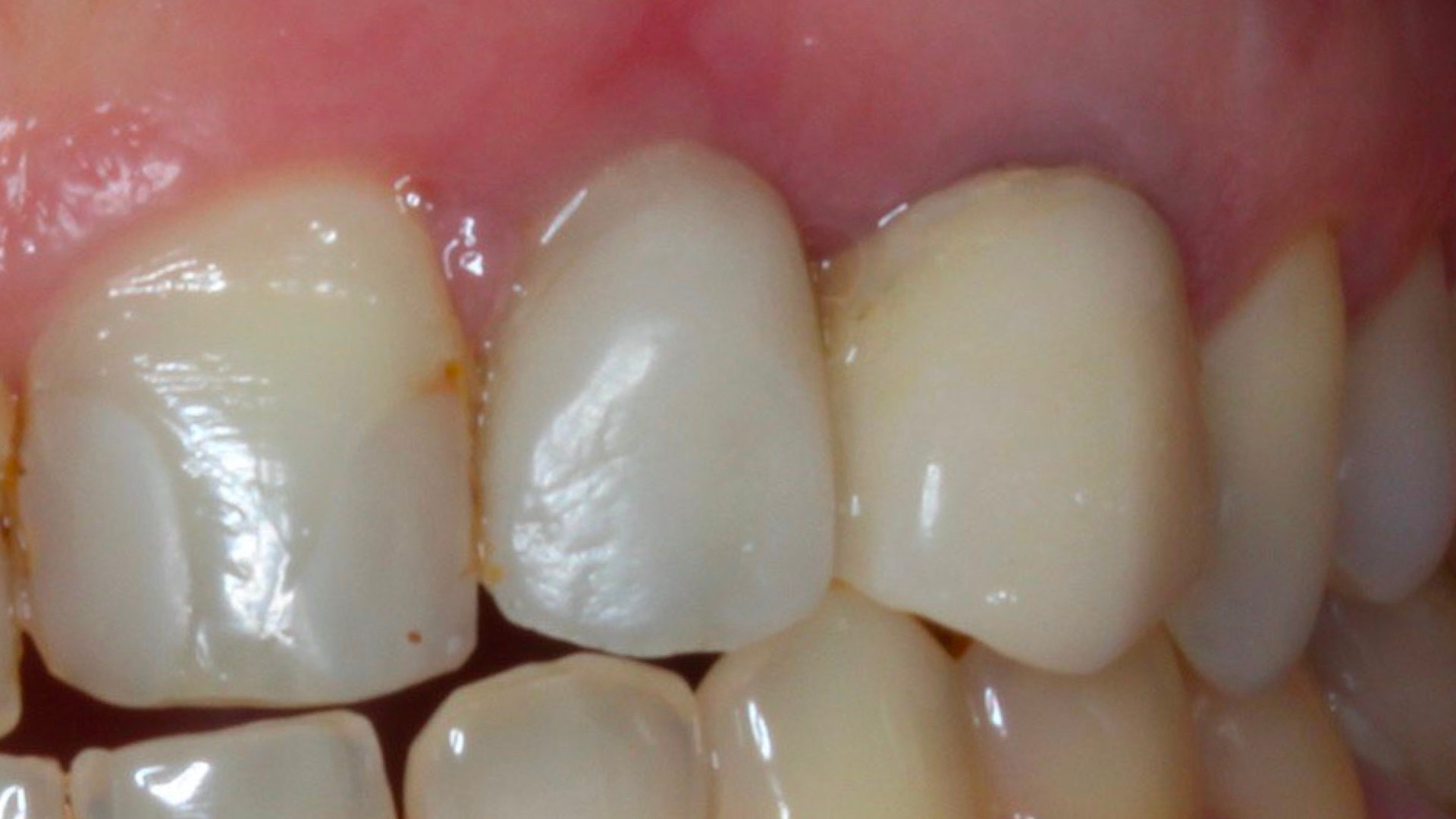 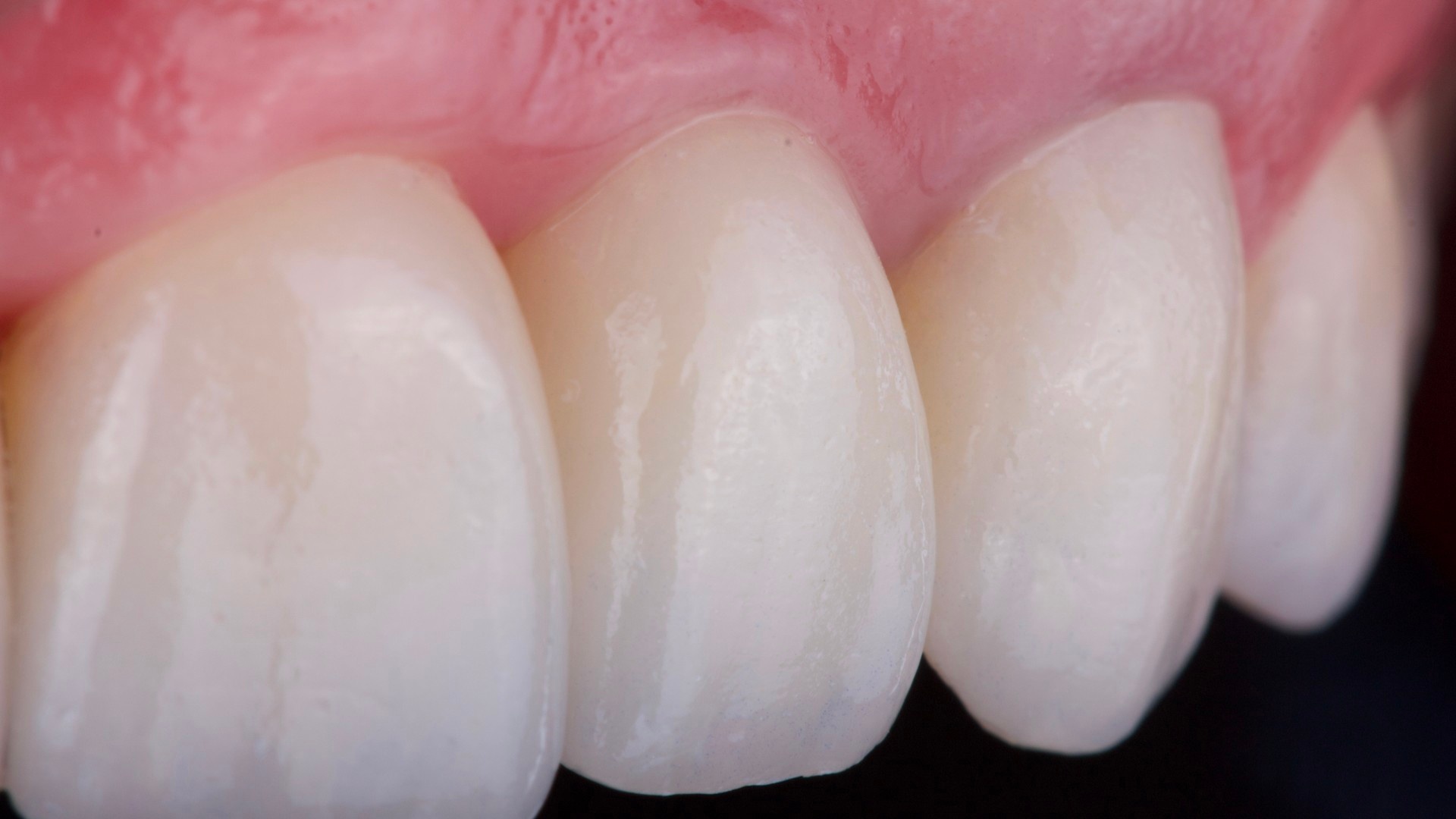 The lack of a front tooth in the upper jaw always has a very significant impact on the patient's overall aesthetic. In this case, the upper left lateral incisor was replaced thanks to the placement of an implant and an acrylic screwed crown. After 4 months, we completed the aesthetic treatment of this patient's dentition thanks to the combination of the definitive crown in the implant area and the ceramic veneers in the remaining teeth. 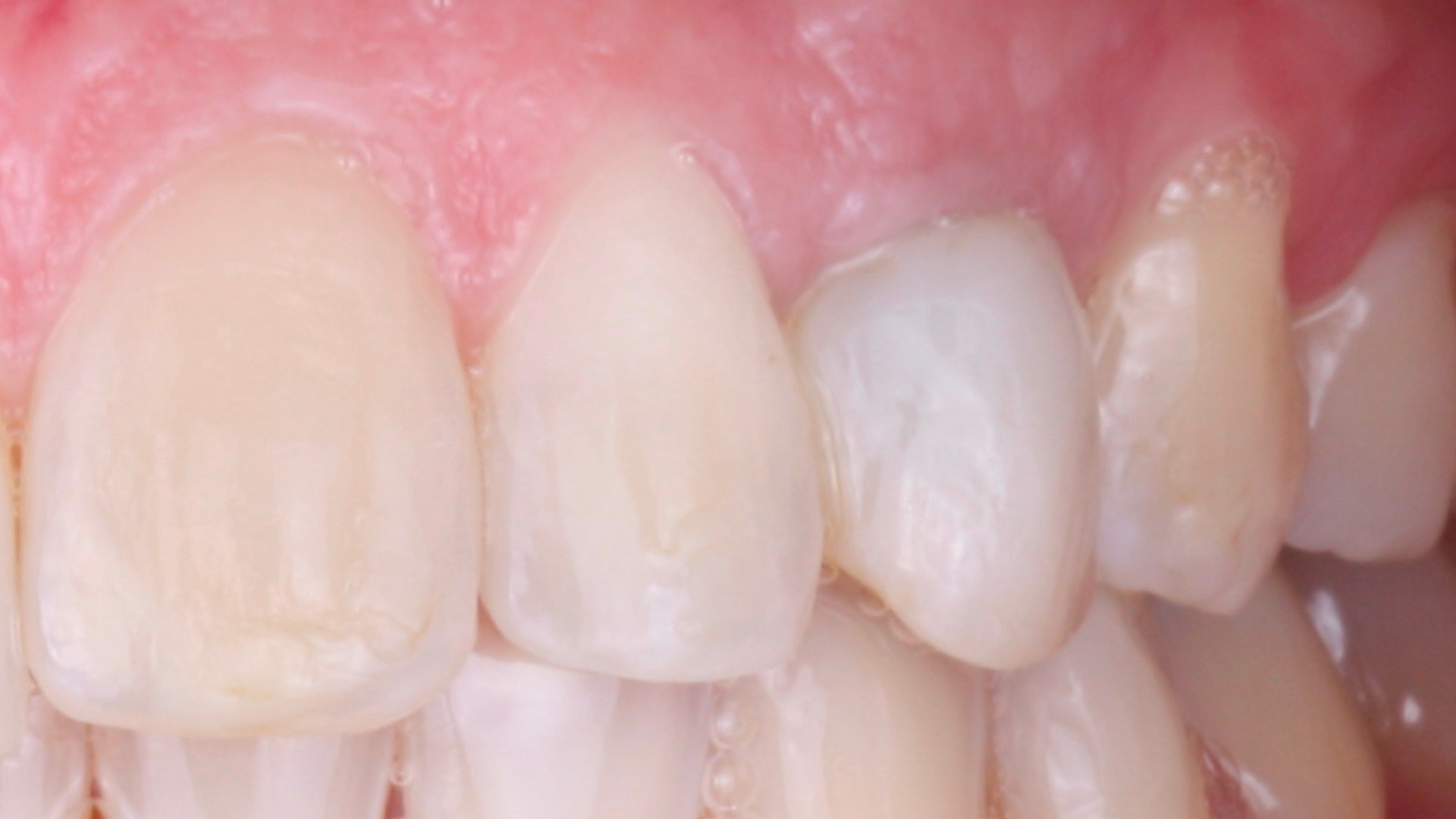 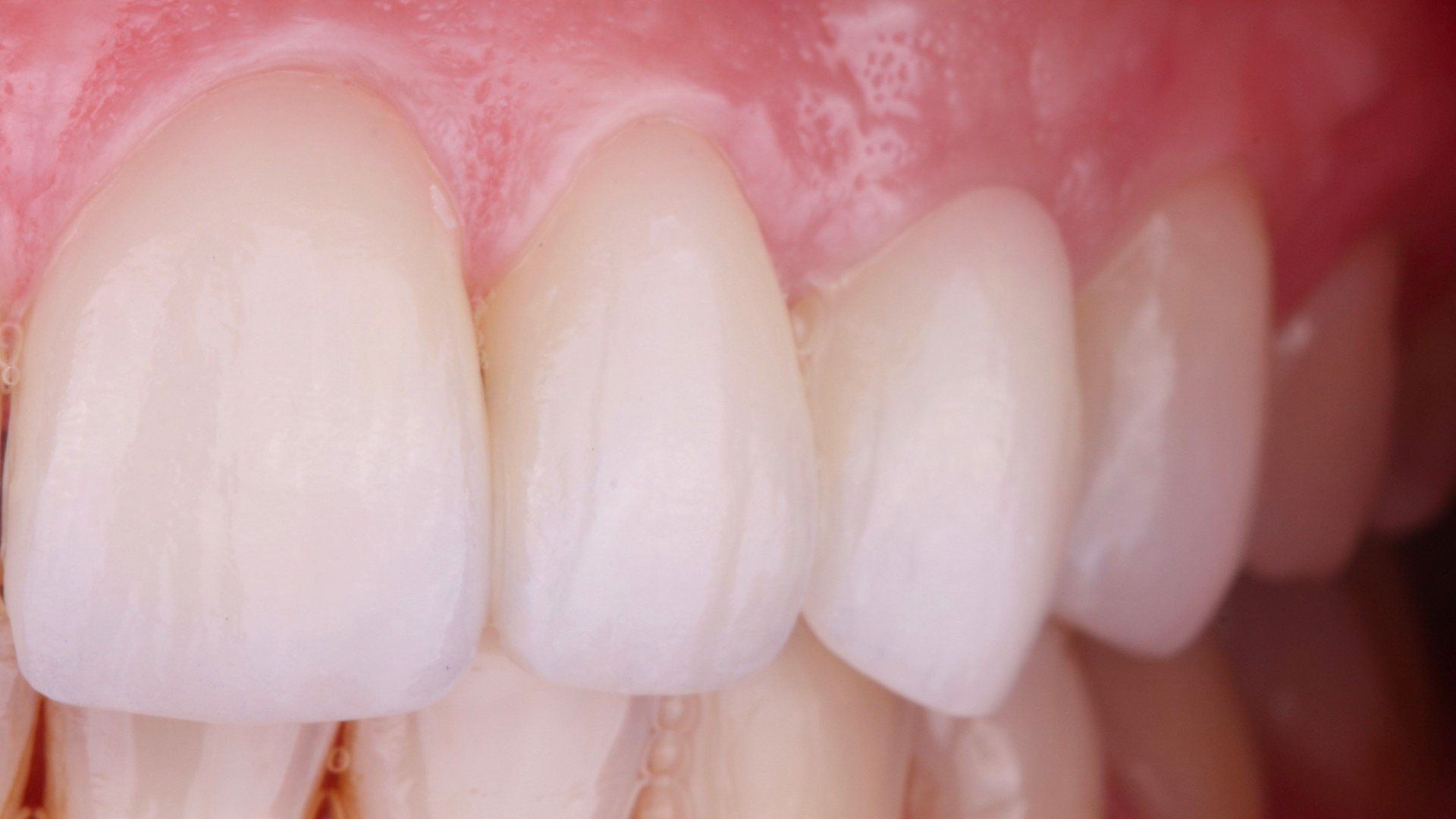 In some cases, the presence of an included canine has an important change in the aesthetic of the smile and, in cases where it is not possible to place that same canine in its position in the dental arch, the treatment involves combining orthodontics with the placement of teeth. an implant. It was the treatment carried out on this patient who, after 4 months of implant placement and completion of orthodontic treatment, concluded the re-balance of her esthetics with the placement of ceramic veneers on the remaining teeth. 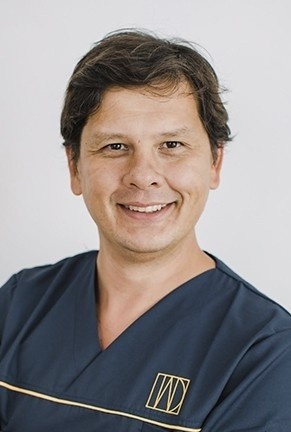 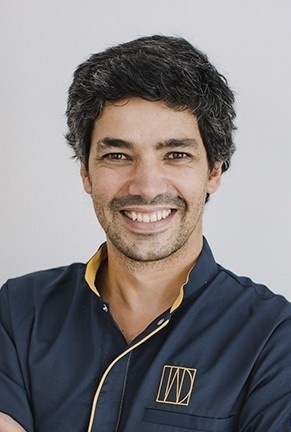 Book an evaluation appointment with us.

On your first consultation with the International Advanced Dentistry team, a multidisciplinary diagnosis is made and a detailed treatment plan is delivered so that you know in detail what or what your needs are and the estimated time for the completion of your treatment.

We will get back to you shortly